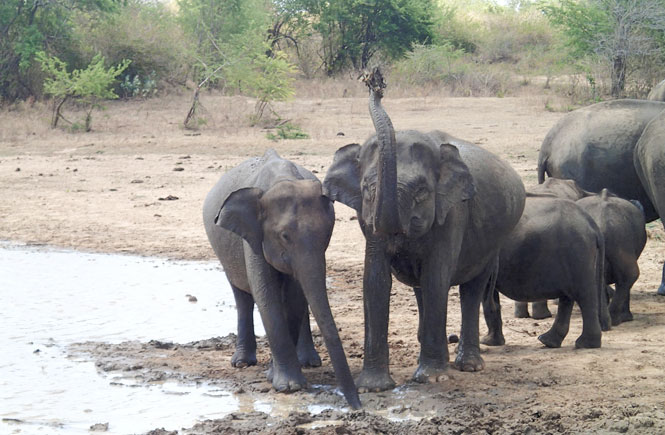 Sunrise on the balcony of Olympus Plaza Hotel was beautiful. We watched the sunrise while drinking out coffee. Today was a big day, we were going to go to the elephant orphanage. We had a 2 hour drive to the elephant orphanage. On the way we stopped at Ravana Falls. They are 25 meters tall. Story has it that the falls were named after King Ravana who hid a stolen princess behind these falls. 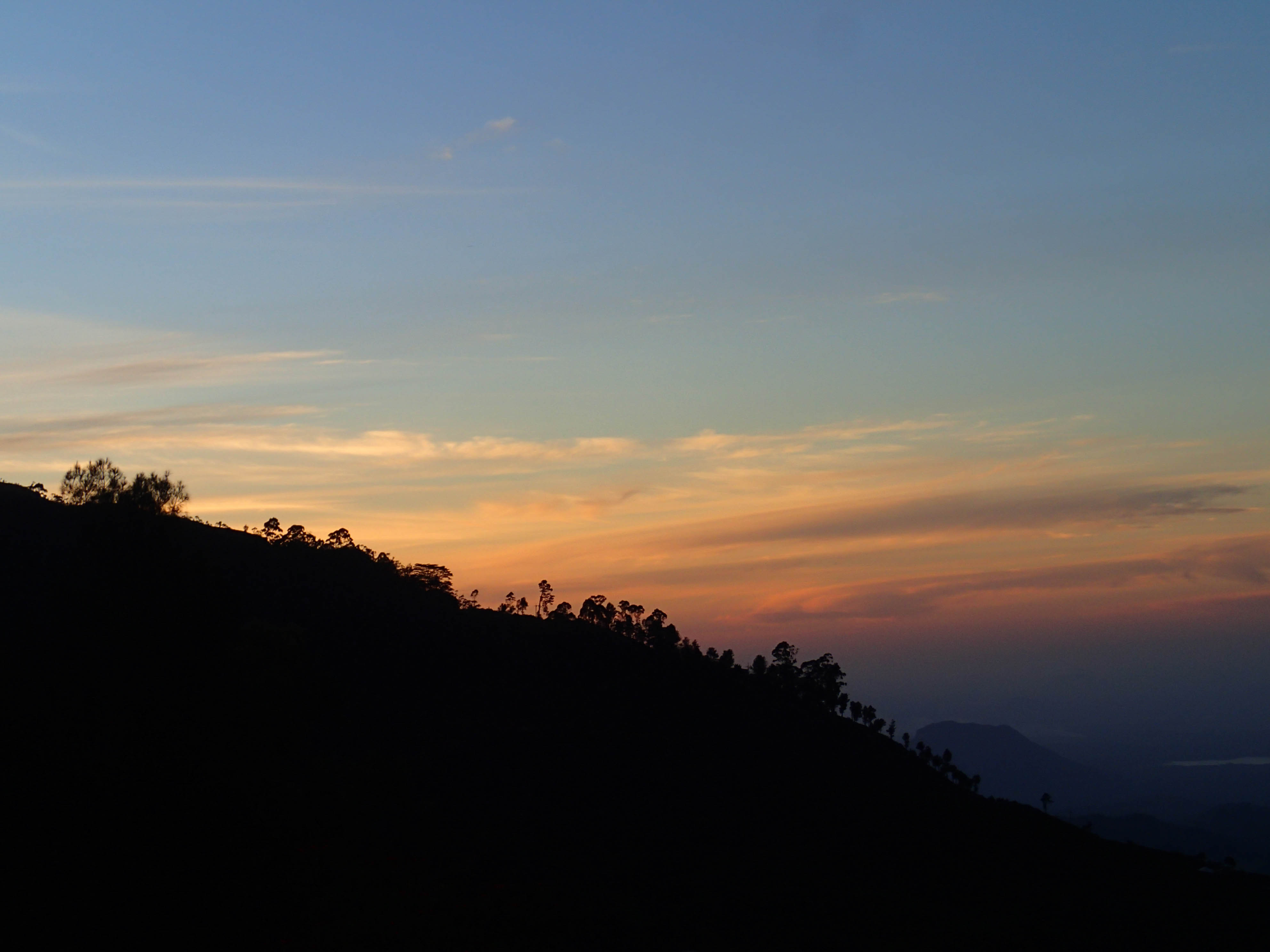 After checking out the waterfall, we needed to head to the elephant orphanage. Our driver was a little stressed out because we had 45 minuets until the 12:30pm feeding, and we had 45 km to go. In Canada, that would be no problem, but in Sri Lanka, where the roads are crazy, then it could  very well be an impossible task. Luckily we made it on the nick of time. 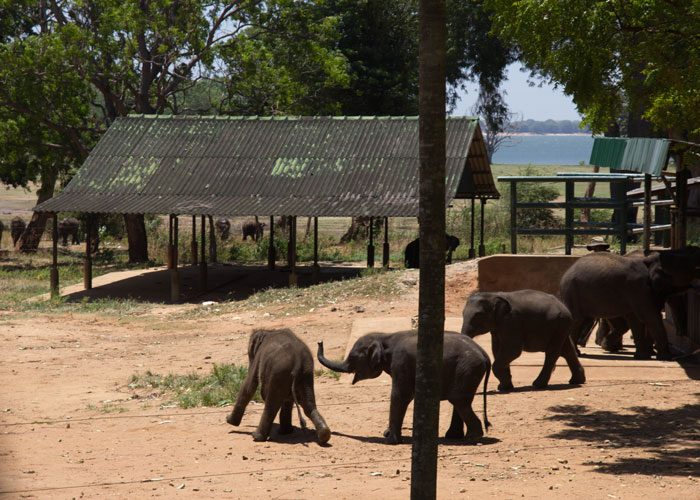 This elephant orphanage was part of Udawalawe National Park. The program here feeds the baby elephants 3 times a day and allows tourists to watch. It is a bit better then other elephant orphanages in Sri Lanka, which offer tourists the chance to feed the chance to feed the elephants themselves, but have long line ups and is stressful for the elephants. This one is way less stressful, but has a lot less interaction. After we saw the elephants be feed bottles of milk and leaves, our guide asked if we were interested in going on a safari. Since that was a large part of the reason we came to Sri Lanka, we said yes. 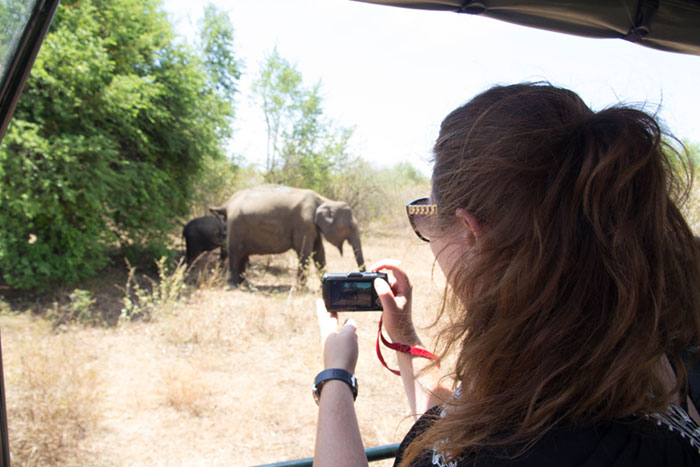 So our guide set us up with a jeep and a guide to take us on a 2 hour safari of Udawalawe National Park. This safari was awesome. Udawalawe National Park is known for having one of the larger elephant populations in Sri Lanka. In this park, they give you a guide. At first we thought it was kinda weird, but the guide was really useful – they would talk to the other guides and share where in the park the animals were.

Now when you are on safari, there is no guarantee that you will see any animals. Our safari guide told us that the tour they did that morning had no animals the entire time. We were lucky we drove into the bush for about 15 minuets and saw our first elephant up close. And after that we saw a whole herd of elephants at the waterhole. 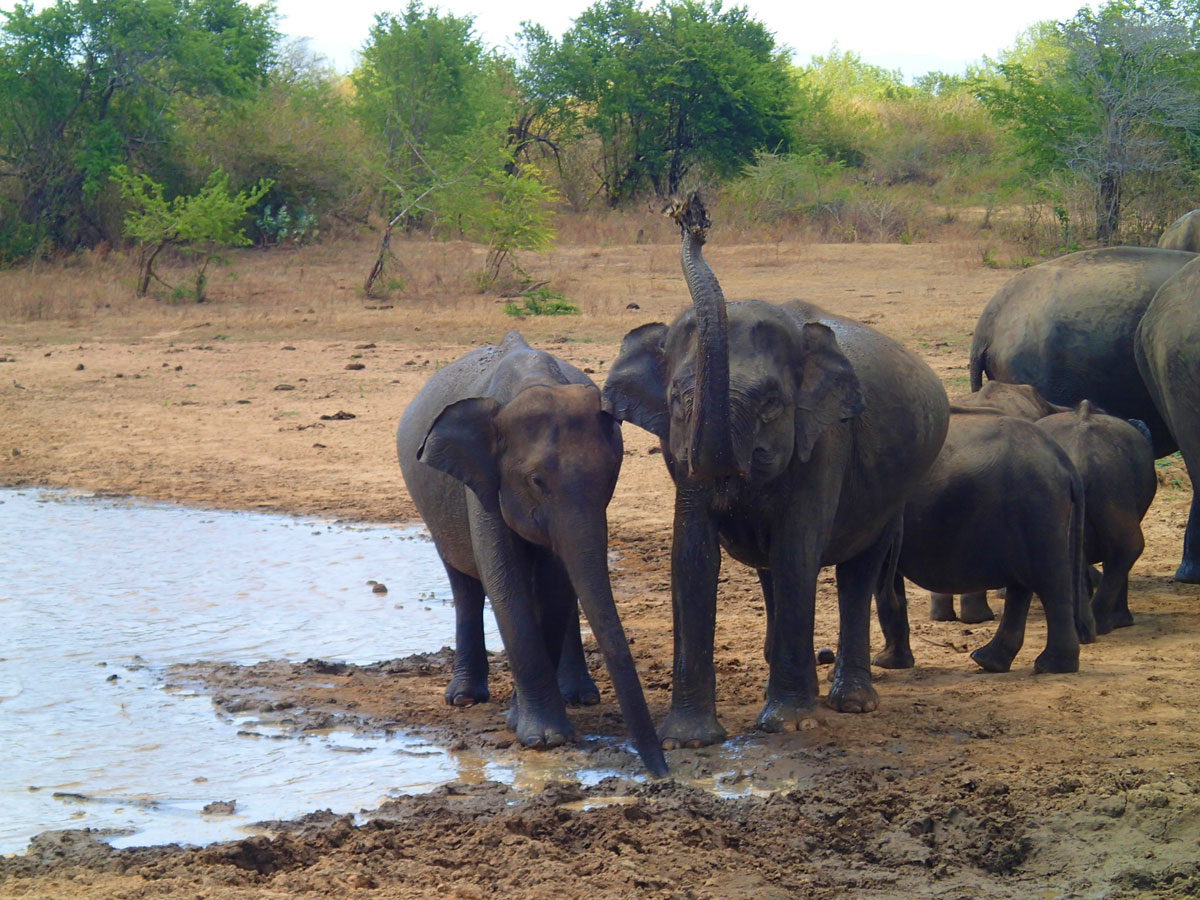 Honestly, our safari in this park went by so fast. We saw elephants, deer, crocodiles, mongoose, eagles, water buffalo. We saw all different parts of the park. It was a lot of fun. We really enjoyed our time. One part that was memorable, was when we were on a cliff overlooking a valley of water buffalo. Our safari guide gave us the opportunity to climb out of our Jeep and stretch our legs. This was amazing in a way, because we were surrounded by wild animals, and if one of them decided to start running towards us, we could have been done for. But we got to just be a part of nature. It was funny, we had a land hawk stalking us the entire time we were there. I don’t think he would do us any damage. But he was big, like the size of a bald egale. 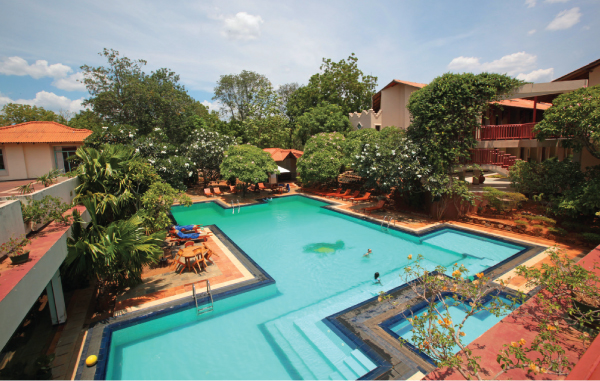 After our safari, we went to our hotel. This hotel was very fancy. They have the only pool in Sri Lanka that plays music under water. Yes – quite the unnecessary feature, but kinda awesome. It makes swimming quite epic. (They play mostly classical music). On the way back to the hotel our guide asked us if we were interested in going to see another temple with him. We said of course, since that was a huge reason why we had wanted to come to Sri Lanka. The temple that we went to go see was actually the largest temple in southern Sri Lanka. It was called Kataragama Temple. This temple is known for having festivals in July and August which encourage participants to fire walk and body price. 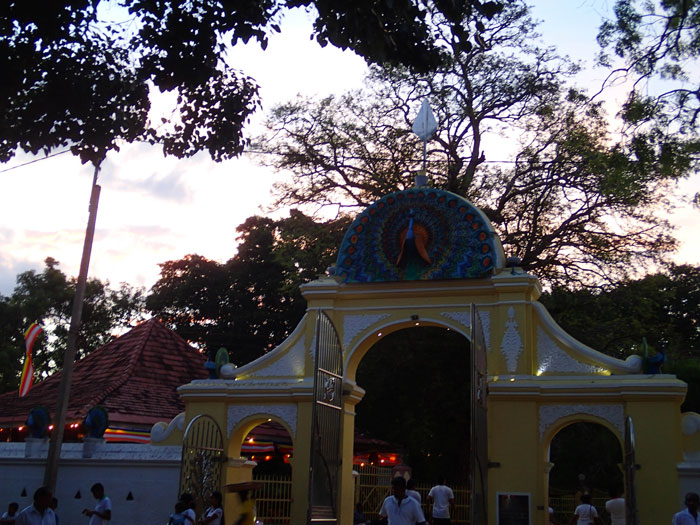 We went to this temple as the sun was setting. It was amazing to see all the fruit vendors set up so that worshippers could buy fruit to offer to the temple. We had to cross a river to get to the temple. There were lots of people bathing in the river, since they believed the river was blessed. Once we crossed the river, we walked across a huge square that was surrounded by smaller temples. These temples were for all different religions. It was great to see that there were hindu temples, buddha temples and muslim temples all co-exsisting on the same site.

Once we got to the main complex, we checked our shoes and went inside. The inside walls were all covered in lockers that families could store their fruit basket offerings. There were 2 main buildings inside the walls. We were able to go in the buddhist one and got blessed by a monk with white ash placed on our forehead. We did not get to see inside the Hindu one before the ceremony began. The ceremony had monks with drums arrive at the complex and go into the two buildings. I am not sure exactly why. 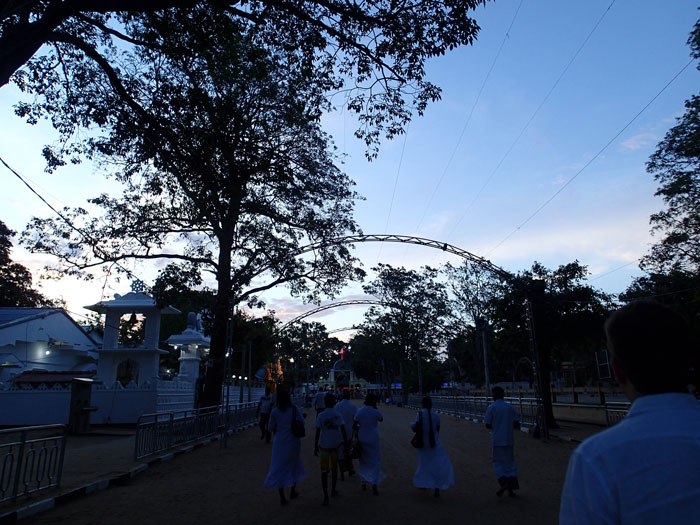 After we saw this complex, we walked the path to the stuppa. Basically there was a long sandy path lite over head with lights. It was a great time of refection. To walk on sands that had been walked on for hundreds of years, and to see the foot prints of all those who had walked before you. It was really cool.

After the temple we headed back to our hotel to have dinner in the hotel dining room. 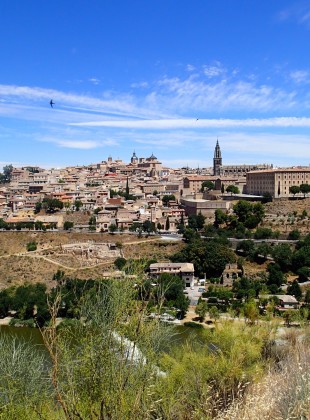 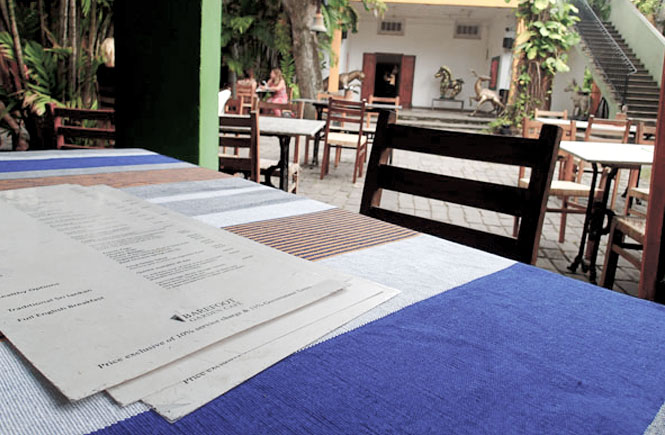 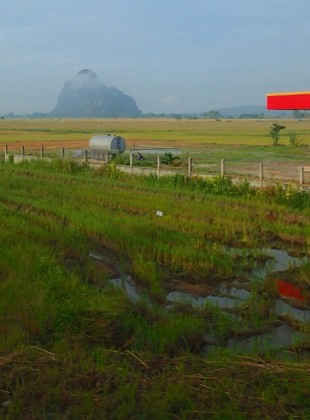